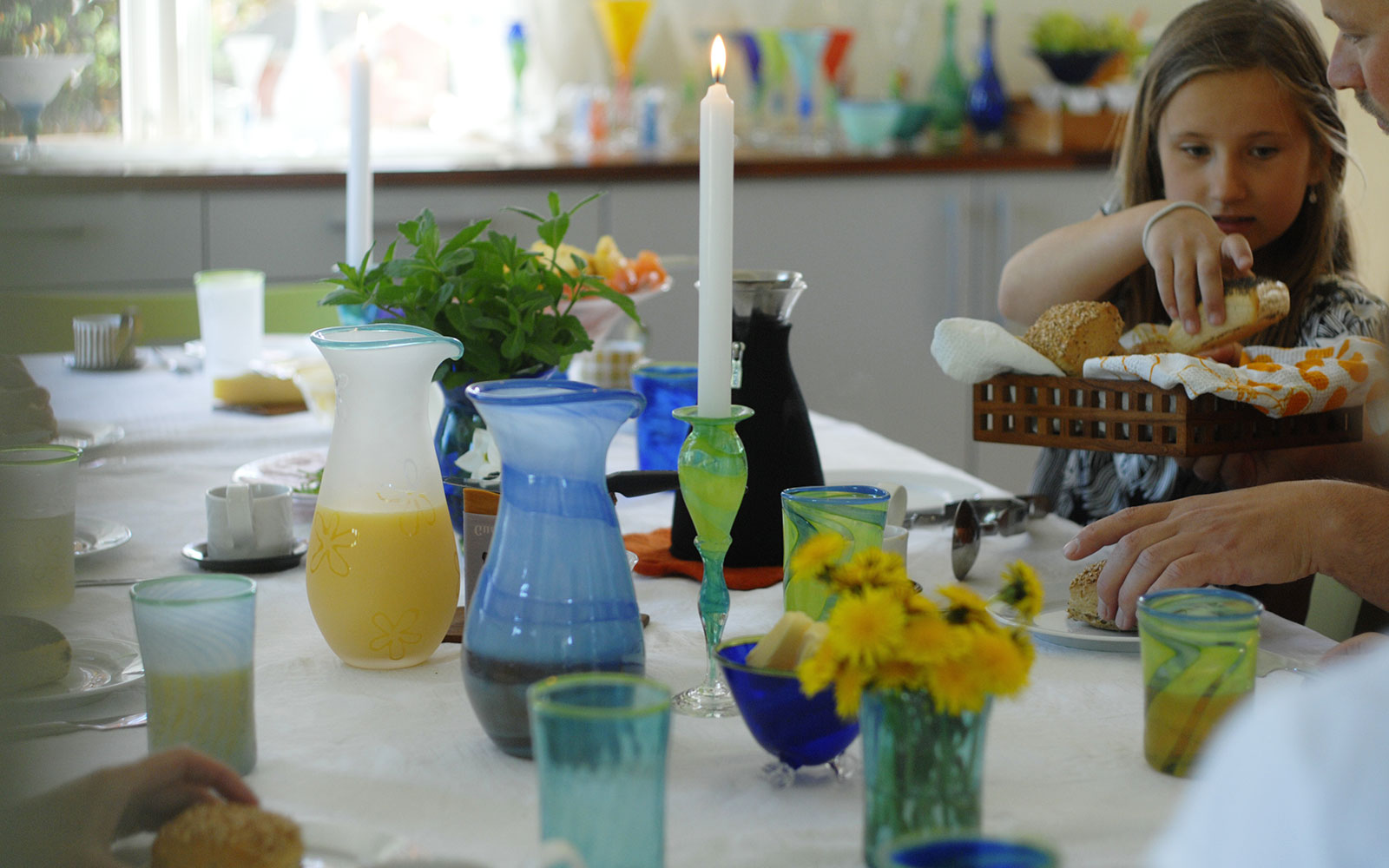 Product of the month in Birka

Product of the month in Birka

My englevas were named the product of the month in Birka. I’m proud of that and happy about that. This is what birka’s press release looks like;

Englevase from Paradis! In May, Birka will introduce a new initiative, namely the “product of the month”, and the angel vase of Stine Hoff Kunstglass, with the workshop address Hopsneset, Paradis, is the first one out.

The vase from Stine Hoff Kunstglass charmed the jury into the lower, and thus became the first product in Birka’s new award, “product of the month”. The vase is actually a cross between an angel, a vase and a jug, and is a new product from the skilled glass blower in Bergen.

It is available in blue, turquoise, yellow, green, red and a variety of pastel shades, as well as in clear glass without colour – and is made for the sweet wildflowers of spring and summer. It’s about 10 000. 16 cm high, and costs KR. 300,-

The product can be ordered by contacting Stine Hoff directly, and sold from the workshop at Hopsneset, in Øvre Hopsnesvei 2, Paradis, Bergen, and in Birka’s sales exhibition at Berkåk in Sør-Trøndelag.

Stine Hoff has designed and blown colorful art glass since 1990. She is educated at Brabrand glasskole in Denmark and Glasskolan in Orrefors, Sweden. In 1992 she established herself in her own studio in Bergen. Now she is one of our renowned glass artists, and can look back at exhibitions all over the Norway. The company is also called économusée, a term given to companies that, among other things, use a traditional technique, open their doors to the public and want to convey the craft and knowledge of it.

About the design process, Stine explains:
– The angel vase was created from an idea to create a new wormflower vase. It was made during a little play with the liquid, 1170 degrees warm glass. I took some items from the angels and tried slightly different varieties before the product got its final look. They now stand slightly gently with bent neck and folded hands around a small glass flask with spring flowers.

In the past, Birka has named the “craftsman of the month”, but has now chosen to highlight individual products instead. In this way, Birka wants to make the public aware of the great things that birka craftsmen make and promote the sale of things. The emphasis is on good form, colour use and functionality, as well as presentation and marketability.

Birka’s sales exhibition opened in a new suit, and in co-location with the clothing store Snertne Sneller on 6 May, and thus it was especially appropriate to launch the “product of the month” initiative at the same time. You will find the angel vase together with craft products from all over the country in Birka’s sales exhibition at Torget in Rennebu (Berkåk) Sør-Trøndelag.

KUNSTLOGEN is a viewing and

Welcome to the annual Christmas

Stine Hoff Kunstglass is a